Grit is a personality trait possessed by individuals who demonstrate passion and perseverance toward a goal despite being confronted by significant obstacles and distractions.  Those who possess grit are able to self-regulate and postpone their need for positive reinforcement while working diligently on a task.

Huh, what does that mean?

For years, psychologists have attempted to locate the “miracle formula” needed to achieve our dreams.  Many have hypothesized that goal actualization comes to those who possess remarkable skill, innate talent, superior genes, or possibly a high IQ; others believe that achievement comes from a stroke of luck or maybe even fate.  While none of those factors have proven to generate any kind of miracle formula, research has found evidence that over any other measurable factor, possessing the quality of grit is the highest predictor of an individual achieving greatness. 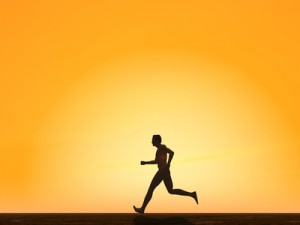 Grit is “sticktoitiveness;” a diligent spirit; the nagging conviction that keeps you pressing on when it’d be easier to give up. Grit is what makes you get back on the horse after you’ve been kicked off.  Grit is the realization that achieving one’s greatest potential comes from running a marathon, not a sprint.

In a society fueled by instant gratification, possessing grit is not as simple a task as one may initially believe.  According to the latest research, one of the biggest indicators of grit is an ability to delay gratification while working on a task.  Simple in theory, but very difficult in practice — especially in today’s technological world.  One of the reasons why social media sites like Twitter and Facebook have become so addictive is that they offer users quick, accessible bursts of positive reinforcement (i.e., a “like” on a post, a photo comment, or a “re-tweet” of something on their Twitter feed, etc.).

The second most important characteristic of grit is the ability to remain constant even though significant challenges arise along the way.  This characteristic prods a little deeper into our beliefs about our own worth and self-efficacy, as well as our explanations for why challenges arise in the first place.  Those with grit do not look at their difficulties or failures as a reason to quit; rather, they utilize them as opportunities to grow stronger and become better equipped for the next challenge.

How do I use this in my life?

If one wants to become excellent at anything, be it basketball, algebra, public speaking, healthy eating, money management, organization, or even their marriage, they must commit to avoiding distractions and persevering when challenges arise.  Sure, talent, intelligence, and being at the right place at the right time may all play some role in achieving success, but it is really the quality of being gritty that will prove to be most  critical on your quest.  There really is no way around it: working hard is necessary if you want to get what you want.  The good news is that being gritty can be learned, and there are a few things we can do to teach this characteristic to ourselves: